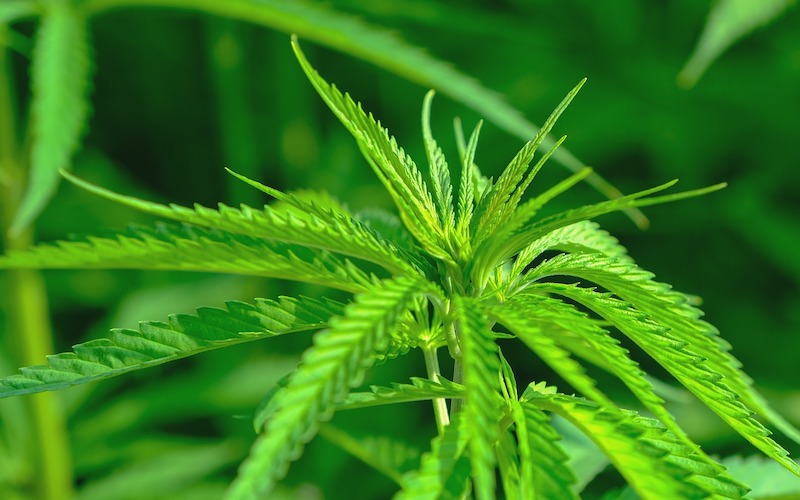 In December of 2018, President Trump officially signed off on the final version of the 2018 Farm Bill. About every five years, a new version of the bill is presented, shaping food and agriculture, rural economies, trade, on-farm energy production, and more. This $867-billion package dealt with certain areas like local food system funding, urban farming, and continued funding for the Supplemental Nutrition Assistance Program (SNAP, formerly known as “food stamps”).

However, there was one key detail in 2018’s Farm Bill that turned a lot of heads: the legalization of industrial hemp. By removing hemp from the controlled substances list, the federal government now allows farmers and ranchers within the U.S. to produce this high-value cash crop, while retaining federal farm program benefits that were previously not allowed. Hemp farmers will even be eligible for federally subsidized crop insurance, taking the risk out of growing the plant. This decision, clearly, will give spark to the growing hemp industry in the U.S. And, while the tobacco industry continues to decline, hemp might find it’s new home as a cash crop.

Farmers in the U.S. have been eyeing the hemp industry for awhile now. In 1970, the Controlled Substances Act barred farmers, or anyone, from producing hemp, as it was considered a Schedule I substance. The crop was illegal to grow for anyone without a permit, that is, until the 2014 Farm Bill opened up industrial hemp cultivation to state-controlled pilot programs. This caused an immediate spark for the hemp industry, as production grew rapidly over the next few years. From 2016 to 2017, the number of licensed producers grew from 609 to 1,211 and the number of acres of licensed production increased from 16,377 to 39,194, according to Hemp Industry Daily.

With concerns around climate change, trade, and decreasing farming income, hemp could be the catalyst that the agricultural industry needs. According to Statista, farming income has been in decline since 2013. While total gross farming income in the U.S. was $483.8 billion in 2013, it only just surpassed $404 billion in 2018. Additionally, as tobacco, one of the original cash-crops in the U.S., declines in popularity, hemp has the opportunity to step into the limelight. While hemp has a lot of work until it can compete with the decades-old U.S. tobacco industry, it may not be coincidental that tobacco is on the decline while hemp is on the rise. Since 2000, tobacco harvesting by acre has fallen by 38 percent, from 469,420 to 291,430 acres, according to Statista.

Because of this shift in power, farmers are abandoning declining tobacco for the growing potential of hemp. In an interview with Quartz, Will Brownlow, a tobacco-turned-hemp farmer, claimed that “the tobacco farmer would be the perfect person to grow hemp … They’re absolutely crazy not to grow it.” The infrastructure is already in place, he explained. A tobacco setter is ideal for planting young hemp plants, and a barn used for drying tobacco could easily be used for drying hemp. Brownlow, himself, plans to double his hemp acreage in 2019, from 40 to 80 acres.

But it isn’t just farmers that are embracing hemp. Numerous sources are projecting a huge market for hemp in the coming years, and corporations are just itching to get involved. While Marijuana Business Daily projects the U.S. marijuana market will reach $22 billion by 2022, there is a lot to be said about the separate, hemp-based cannabidiol (CBD) market.

Last year, the entire U.S. hemp market was around $820 million. Brightfield Group, a cannabis market research company, predicts that the hemp CBD market in the U.S. will be just as strong as the separate cannabis market, hitting $22 billion by 2022. They recently added that the 2018 Farm Bill “will change the game entirely.”

It shouldn’t come as a surprise, then, that many high-profile cannabis companies, as well as tobacco corporations, are eagerly jumping into the U.S. hemp market. This is significant especially for Canadian marijuana producers, who, before the 2018 Farm Bill, had few ways of entering the U.S. market. Hemp has become the front door.

Canopy Growth Corporation is one of the most notable companies taking clear steps to enter the hemp space. In January, Canopy announced that it had received a hemp license in New York and will be investing  $100 to $150 million in a hemp industrial park. While it will take a year or two for Canopy to set up their operations, it’s a clear indicator for the direction of the industry. Of course, Canopy will have to compete with existing hemp leaders such as Charlotte’s Web and CV Sciences, but their experience as a leader in Canada, along with strong partnerships, may prove them as a leader in the U.S. market.

Tilray is the second industry titan making a major play in the hemp sector. In late February, the company announced a move to acquire the world’s largest hemp food company, Manitoba Harvest, from Compass Group Diversified Holdings for $318 million. Manitoba’s products are sold in over 16,000 stores in the U.S. and Canada already and should only increase with the recent bill passage.

Aurora Cannabis, too, has announced plans to enter the hemp market in the U.S.; however, they have been more cautious thus far. In May of last year, Aurora boosted its stake in Canadian hemp grower Hempco to over 50 percent. Then, in September, the company also acquired Europe’s largest hemp producer, Agropro, and its sister hemp processor and distributor, Borela.

Remember the tobacco farmers moving into the hemp industry? Well it isn’t just farmers, but big tobacco corporations too that are looking to get involved in hemp and cannabis. Late last year, Altria, the maker of Marlboro cigarettes, spent $1.8 billion to acquire a 45 percent stake in Canadian marijuana company Cronos. While Cronos hasn’t announced any plans to break into the U.S. hemp market, the acquisition by Altria continues to evidence this shift in U.S. attitudes from tobacco to hemp.

With only a few months under its belt, hemp has a long way to go until it can truly dethrone the centuries-old tobacco industry. But, with excitement building around hemp and CBD’s health benefits, playing against tobacco’s exhaustive health detriments, it doesn’t take an insider to predict where these industries are going.

Cannabis and ESG: It’s a marathon not a sprint, but let’s push the pace

What No One Tells You About Hemp Bioplastics