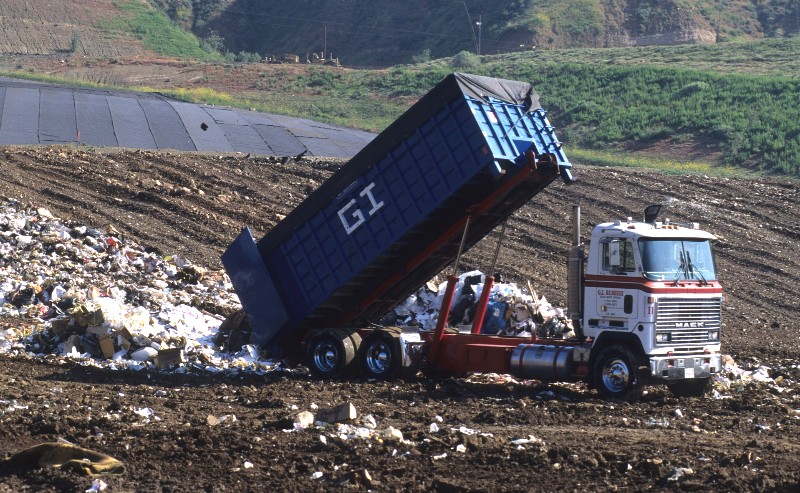 When holding a fragrant, sticky bud in your hand, it’s easy to forget the bud is just one component of a larger plant. What happened to the stem, the leaves, the trimmings? For every pound of flower, there are hundreds of pounds of wasted material growers have to dispose of. New technologies in cannabis waste disposal may hold the key to a more sustainable future for the industry.

Cannabis Waste on the Rise

Some growers may use leftover material to create concentrates, but for many the volume of waste outpaces their ability to process it in useful ways. The result is millions of pounds of cannabis waste pouring into landfills around the country.

Washington alone generated more than 1.7 million pounds of cannabis waste between 2014 and 2017. There’s clearly a problem, and organic landfill waste generates large quantities of greenhouse gases. So how can cultivators take a more proactive approach to waste disposal?

There are several options for responsibly managing grow room waste. Composting, fermentation, and advances in technology all help to lessen the burden on landfills.

Many growers send their waste to industrial composting centers. These facilities are efficient and effective in turning unused materials into rich soil in a short amount of time. But, there’s a catch.

The majority of industrial compost facilities adhere to federal law, limiting their ability to interact with the Schedule I plant. As such, even farmers who would like to compost their materials off-site may be unable to do so.

On-site composting is another option for cultivators. It’s cheaper than paying to have the waste hauled away and the resulting soil is a powerful fertilizer for crops. However, compost takes up space at the facility, it can draw insects, emit an odor, and often requires additional work from staff.

Bokashi fermentation is similar to composting, but solves many of the issues associated with traditional composting. With Bokashi, the organic material is sealed into an airless, or anaerobic, environment. The lack of oxygen causes microbes to produce acids which break down the organic material while preserving nutrients. It requires no machinery, prevents odors, and eliminates greenhouse gas and methane production. The waste is converted into useful soil nutrients in less than two weeks.

Alternatively, advanced technologies are now in development to address the problem of cannabis waste on a larger scale. Micron Waste Technologies is one such company innovating the disposal space. They’ve created an on-site solution capable of breaking down organic waste in less than 48 hours.

Micron’s Cannavore System is both a waste shredder, a microbial digester, and a water treatment system. The system has a 24-hour cycle time and, according to their website, is 35 percent more cost-effective than many current cannabis waste management solutions. Further, the process is largely automated, so personnel don’t need to spend time on waste management.

The new tech is so revolutionary that the world’s second largest producer of medical marijuana, Aurora Cannabis, has invested heavily in Micron’s growth.

Aurora’s Chief Corporate Officer Cam Battley spoke about the technologies capabilities during a recent interview with Cannabis & Tech Today: “The [Micron] digester can completely digest cannabis waste in 24 to 48 hours. The product that comes out the other end is water that meets all municipal effluent standards… and that is something that is a major innovation.”

Ultimately, the cannabis industry has a pivotal choice to make. Choose to waste time, energy, and money on unsustainable trips to the landfill, or invest in alternative waste solutions that are better for the environment and better for the company’s bottom line.

For the full interview with Aurora Cannabis CCO Cam Battley, check out the spring 2019 issue of Cannabis & Tech Today.

Why is temperature control important to the cannabis industry?