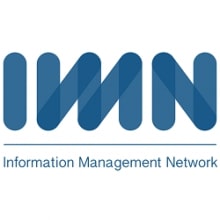 America’s most populous state is ushering in the largest legal cannabis market in the world, with up to $7 billion in annual sales, more than 100,000 jobs created and close to $1 billion in tax revenue. California has always been a trendsetter, and now it is poised to set the tone for marijuana legalization in the U.S., and the world.

The fifth installment of the Institutional Capital & Cannabis Conference (IC3) will take place in the epicenter of this movement, Los Angeles. By some estimates, the second largest city in the U.S. is already home to a billion-dollar cannabis market.

Following on the heels of three successful conferences in Silicon Valley and Miami and NYC respectively, IC3 Los Angeles will gather the industry’s top experts to decipher the early signs of marijuana legalization in California and what it portends for the industry at large. The conference will take place May 9 & 10 at the JW Marriott, right in the heart of downtown Los Angeles.