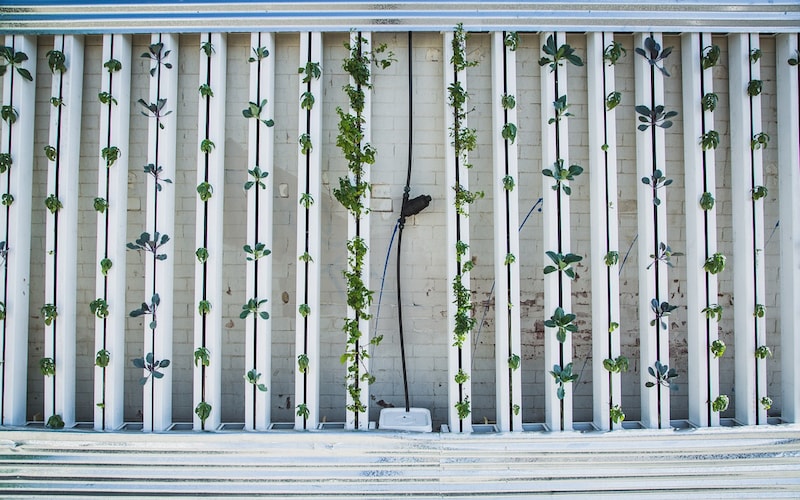 While possibly humans’ oldest relationship with a psychoactive drug going back 3,000 years, the intersection today between cannabis cultivation and technology is set in stone, in some cases by public policies and, in other cases, the need for economic efficiency.

With a nod to dual irony, as the U.S. government ever-increased its surveillance and enforcement of cannabis cultivation laws circa early 1970s, the cultivation of the sacred herb increased domestically, which in turn led to an increased reliance on technology by illegal pot growers cultivating furtively indoors in an effort to escape the government’s prying eye.

The other major catalysts for big influxes of technology into cannabis cultivation are the forty-year-old, quasi-legal cannabis cultivation policies in The Netherlands (where seeds for high quality cannabis were first marketed for sale), the advent in 1996 of legal medical cannabis in California, and outright legalization in 2012 (firstly, in the states of Colorado and Washington).

While cannabis simply needs five important environmental factors to survive (light, water, humidity, carbon dioxide levels, and temperature), to flourish and produce the maximum yield, the cannabis plant, like all plants, is best cultivated indoors to reach maximum growing capacity. Whether compelled by the laws of states (i.e., numerous states mandate that commercial cannabis cultivation for either medical or recreational purposes be done indoors only) or the laws of economics, cannabis cultivation is at society’s tip of technology – employing the most cutting-edge technologies in lighting, feeding, watering, energy efficiencies, security, communications, and productivity.

For the first 3,000 years, cannabis cultivation was decidedly low tech with seeds and cuttings being used to produce two separate cannabis crops: hemp (for fuel, fodder, and fabric) and marijuana (for therapeutic or recreational purposes), which was grown, dried, and consumed. It was not until the 1890s when the hemp decorticator was invented in Germany that the cultivation and processing therein of the plant first intersect with technology to improve volume and efficiency of separating the plant’s fiber when processing hemp for industrial purposes. However, the technology of decortication regarding hemp is largely lost to history and the U.S. government’s prohibition of all cannabis cultivation and related products in 1937.

The 70s and Beyond

Cannabis cultivation and technology don’t meet again until marijuana’s widespread use in the 1960s and 70s, when illegal outdoor cultivators in the U.S., harassed by crop-busting law enforcement flying at low altitude or crop-stealing thieves, often employed guerilla growing techniques aided by technology to avoid getting busted or ripped off. Growers sometimes used walkie-talkies to warn if law enforcement or crop raiders were close by; growers would monitor local police scanners for activity, motion-sensing game cameras were used to help determine if anyone visited the secret plot of crops.

The success of outdoor cannabis cultivators, coupled with then-new federal laws allowing property to be seized and benefitting the arresting police agency, led to military-like pot plant busting air patrols in some regions of the nation (notably in California, Oregon, Washington, Hawaii, as well as Midwest and Appalachian states in the east), which, in turn, incentivized cultivators to embrace indoor growing—and it’s reliance on technology – to produce illegal cannabis in bulk amounts for sale and/or export.

The trajectory of cannabis’ legal status as a taxed and regulated intoxicant (and medicine) and its dependence on technology in the future are in perfect synchronization.

The Indoor (and Hydroponic) Revolution

The indoor revolution in cannabis cultivation begins in earnest in the early 1980s with the embrace of hydroponics as a primary growing medium. First developed in the 17th century, ‘hydro’-grown plants proved that non-soil mediums sustain full plant development. Later on, German scientists focused on the necessary nutrients in water solutions that can largely replace soil and found such in three: nitrogen, phosphorus, and potassium (NPK). The invention of both drip irrigation and the nutrient film technique (NFT) in the 1960s creates an obvious appeal to some of the earliest indoor cannabis cultivators.

According to High Times cultivation editor Danny Danko, “a combination of factors including Nixon’s 1969 crackdown on the Mexican border, Carter’s paraquat spraying, and the advent of powerful HID (High Intensity Discharge) indoor grow lighting made hydroponic marijuana growing increasingly intriguing, attractive, and possible. Soon, companies sprang up to service the needs of those growing with the increasingly more complicated hydro systems.”

In a pre-internet world, via a once-revolutionary technology – the printed press – all of this new information and cultivation jargon was largely propagated by just a few magazines and book authors, notably the long-surviving High Times magazine, the short-lived Sensimilla Tips magazine, and cannabis cultivation writers Mel Frank, Jorge Cervantes, Ed Rosenthal, Kyle Kushman, and Danny Danko.

The influence of Dutch cultivators and seed breeders on the evolution of indoor cannabis cultivation can’t be understated. The Dutch have always been prolific and efficient farmers, dominating markets around the world with their floral exports. Since the late 1970s, Dutch governments have carved out Europe’s most tolerant and pragmatic cannabis laws during a time of worldwide cannabis prohibition by allowing the establishment of hundreds of so-called ‘coffee shops’ to sell cannabis and hash products to adults. In the early years of the coffee shops, cannabis products were largely smuggled from North Africa and  the Middle East (i.e., Morocco, Tunisia, Lebanon, etc). Untenable for the long run, cannabis supplies by necessity in The Netherlands needed to be produced locally, and therein a quasi-legal indoor cannabis industry was first realized.

Dozens of innovations for improving indoor cultivation have been championed by the Dutch in the areas of hydroponics, cloning, seed breeding, growing mediums (i.e., rockwool), soil, nutrients, CO2 infusion, and smell mitigation.

Unlike outdoor cannabis that needs little more than sun, water, and nutrients, indoor cannabis requires numerous other factors that have come to increasingly rely on ever-evolving and improving technologies to maximize yield, minimize cultivation time, and secure against encroachment.

The evolution of cannabis cultivation indoors from fluorescent to a family of high-intensity discharge lights is a remarkably short one at barely forty years. There are competing and compelling reasons why cannabis cultivators may choose to use one form of lighting over another: crop yield, energy efficiency, and plant quality. The popular range of HID wattages are from 150 for a small personal indoor garden to 1100 for commercial growing with lumens-per-watt efficiency, spectral balance, and brilliance providing the data points to measure a garden’s overall light efficiency.

The last and likely most important catalyst for the marriage of technology and cannabis cultivation is the quick-changing legal status of the plant from verboten to legal and taxed “Main Street” commerce. State-licensed cannabis cultivators, some of whom must fill individual 50,000 to 100,000 square foot indoor gardens, can only be efficiently productive with the full embrace of technology to grow, trim, dry, and secure the cannabis plants post-harvest.

The days of sun, soil, and water to produce outdoor cannabis are increasingly being replaced with industrial-sized indoor cannabis agro-farms requiring immense amounts of inputs (light, water, fertilizer) driven entirely by modern technologies to deliver the best product for consumers (or patients) while maximizing crop yield in the shortest duration possible.

Allen St. Pierre is the vice president of FreedomLeaf and was NORML’s executive director from 2006-2016.