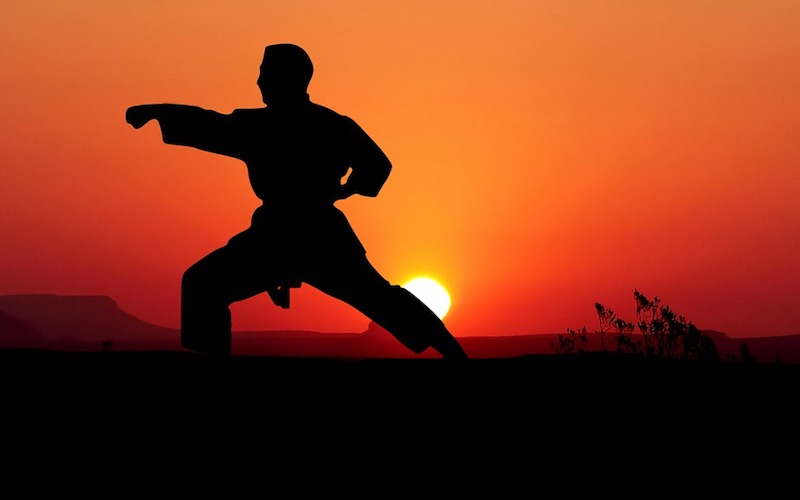 I’ve never been a fighter but I’ve always been a smoker. Which is weird, considering I spent most of my childhood practicing the ancient art of ka-ra-té. Around the dojo, my nickname was “Slap Chop.” It was a dark time in my life. Lots of blood. Lots of repressed memories of getting my ass kicked.

That dark time in my life ended around age 12. By then, I felt like I had lived a thousand lives. I couldn’t even grow a mustache yet, but I needed something to “take the edge off.” Like a 50-year-old man coming home from a 60-hour job he hates to pound a pack of Coors. After years of searching, I found it. WEED.

At 16, I started smoking every day. My friends and I would sit around giggling at a fart for hours, then we’d all have to go home for chores and lie to our parents about where we’d been. I still don’t know if they could tell we were lying. I mean, how much stupider can a teenager be? We would’ve been laughing for hours about that fart even if we were sober.

When we weren’t laughing about a fart, often times we were making music. The s***tiest music of all time. It would start with one person grabbing something from the garage or the kitchen and using it to start a beat. Slowly, everyone would grab something to bang on and join in. Soon there would be 13 white teenage boys banging on s*** to make “music.” We were like the Blue Man Group, but the White Boy Group. At one house, we ruined thousands of dollars of pots and pans. It was a really good jam session.

In weed, I found my solace. My escape from my dark past … or so I thought. One day my friend Jeremy had a bad run-in with someone in science class. Scott was picking on a girl and Jeremy had had it. He got in Scott’s pre-pubescent face, but that just pissed him off. It was serious, and it was going DOWN.

The school day ended and Jeremy was still furious. Wanting to calm him down, I suggested we go smoke weed in a relaxing place. So, we parked behind Albertson’s grocery store and clam baked his ‘91 Honda Civic that had a decal on the back saying “YEAH I HAVE A GAY MUFFLER.” Being a teenager was embarrassingly stupid. As we sat there smoking, in the rearview mirror I could see someone walking up behind us. It was Scott! I started to panic in my stoned stupor. Was Slap Chop about to make an appearance to get his ass kicked one more time?

Jeremy opened his car door. “Hey, mother f***er!” Scott turned with fire in his eyes and immediately B-lined for us. My heart was racing, my stomach was growling for snacks, and Slap Chop was rising to the surface. As I was getting out of the car, I heard Jeremy yell at him again. “I’d kick your ass right now but honestly, I’m way too high for that!” Scott slowed to a halt. “I respect that!,” he shouted back, “I’ll kick your ass later!” The threat of the fight defused by the agreement that weed is tight.

Once again, teenage boys were saved by smoking weed, and Slap Chop didn’t have to make another dark memory.

Matt Cobos is a Denver-based standup comedian who has performed at events such as the High Plains Music Festival.