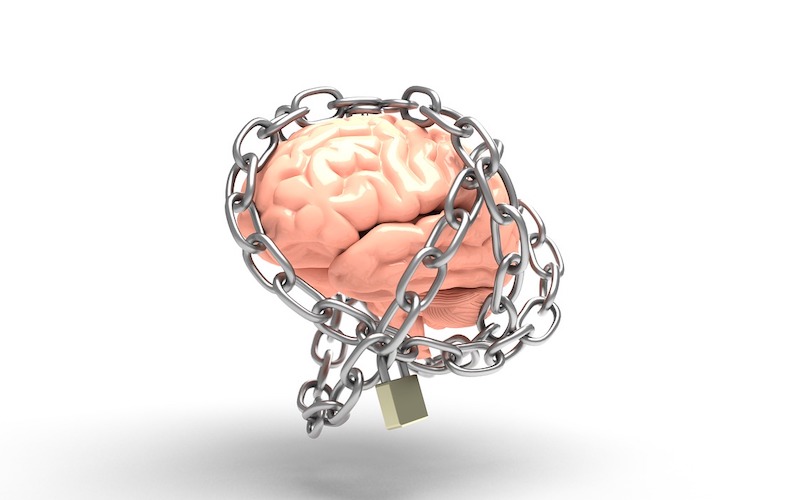 The wave of cannabis legalization exposes many to its therapeutic benefits, but it also promotes a healthy discussion of its risks. The heightened risk for cannabis users to develop schizophrenia is a common fear among those skeptical of cannabis’ safety. After all, since the 1960s, scientists have described numerous cases of cannabis-induced psychosis, and this has been extended to suggest that cannabis can even cause schizophrenia. Yet, many push back, touting cannabis’ therapeutic potential to treat psychotic symptoms. How do we reconcile these arguments? Can cannabis be both a gift and a curse?

Several recent scientific studies suggest that cannabis may be an unjustified villain in the schizophrenia scare. Instead of cannabis causing schizophrenia, those at risk for developing schizophrenia are more likely to use cannabis, which in part may be driven by its self-medicating properties.

A Brief Primer on Schizophrenia

Schizophrenia is a complex syndrome that affects around one percent of the population that often manifests between 16 and 30 years of age and is comprised of numerous debilitating symptoms. A common misconception is that schizophrenia patients only exhibit psychosis, a “loss of reality” characterized by hallucinations and delusions. Psychosis is an example of a positive symptom and indeed, most antipsychotic medications mainly target these symptoms. But schizophrenics also have a host of negative symptoms, such as the inability to feel pleasure, social withdrawal, and low energy. Most patients also exhibit cognitive impairments. The combination of these positive, negative, and cognitive symptoms makes it challenging to engage in society and creates great barriers to achieving a high quality of life.

Many have attempted to identify a cause for schizophrenia, but there’s no single factor that guarantees one will develop the syndrome. Even if one identical twin has schizophrenia, the other’s chance of also having it is only 50 percent, so genetics alone are no guarantee. Environmental factors are also proposed to increase risk, such as complications during pregnancy, older paternal age, living in cities, and of course, adolescent exposure to drugs such as cannabis. Since no single genetic or environmental factor causes schizophrenia, it’s thought that schizophrenia arises from the interaction between multiple risk factors. Usually, it’s the combination of one’s DNA combined with the environmental risk factors to which their developing brain is exposed. The environmental factor that’s on many people’s minds these days is weed.

Where did the idea that cannabis could trigger schizophrenia come from? On the surface, there’s compelling evidence to support the scare. One study found that cannabis users were over three times more likely to develop schizophrenia if they started using by age 15 than if they started after age 18. Another assessed the drug habits of 50,000 members of the Swedish army at age 18. Those who were regular cannabis users during that time of their lives were six times more likely to develop schizophrenia within the next 15 years. These studies clearly show that adolescent cannabis use is associated with schizophrenia, but importantly, they fail to show causality.

Causality is at the heart of the problem. Based on these population studies, scientists have claimed that cannabis is responsible for 8-13 percent of all schizophrenia cases. In some cases of high genetic vulnerability to developing schizophrenia, cannabis is thought to increase risk tenfold.

This pervasive idea that cannabis can trigger schizophrenia doesn’t seem that far-fetched. Overactivation of cannabinoid type I (CB1) receptors by THC have been shown to cause short-lasting psychotic episodes as well as longer-lasting effects that persist beyond when THC is in the body. The higher the THC dose, the greater the risk of experiencing a psychotic episode. It’s not hard, then, to link THC’s ability to induce a psychotic episode with contributing to the development of schizophrenia, especially in light of the elevated associational risk between adolescent cannabis use and a schizophrenia diagnosis later in life.

Does Cannabis Cause Schizophrenia?

Related: Cannabis and Psychosis: What is the Link and Who is at Risk?

Why Do Schizophrenics Turn to Cannabis?

The causal relationship identified in the Mendelian Randomization studies suggests that patients with schizophrenia may turn to cannabis in order to help cope or self-medicate during the early stages when symptoms are just beginning to emerge. One common feature of the schizophrenic brain is higher-than-normal dopamine levels. Antipsychotic medications work by blocking these dopamine receptors in the brain, but this comes with its own challenges since dopamine plays important roles in normal brain function. When you block the receptors, you get the numerous undesired effects that are common for antipsychotic medications. For instance, antipsychotics can reduce sex drive, dampen mood, cause drowsiness, and promote weight gain. Longtime usage can also lead to a motor disorder known as tardive dyskinesia, where the patient makes repetitive and unwanted movements such as grimacing or eye-blinking.

At this point, it remains unclear how THC-rich cannabis improves symptoms of schizophrenia, especially because THC itself can induce psychotic episodes. Interestingly, postmortem brain tissue of cannabis-using schizophrenics had elevated levels of a protein, called the dopamine transporter, that reduces the amount of dopamine that’s available to activate receptors. This should theoretically return dopamine levels closer to normal and reduce the need to block dopamine receptors themselves with antipsychotic medications. An additional hypothesis is that chronic use of THC-rich cannabis reduces dopamine levels indirectly through the desensitization of CB1 receptors. Chronic THC use is associated with blunted dopamine signaling in the brains of people without schizophrenia, which is an underlying brain feature of cannabis dependence. If this also applies to the schizophrenic brain, THC-rich cannabis could help restore normal dopamine levels.

Beyond THC, CBD is emerging as a promising antipsychotic treatment strategy. Not only is it well-tolerated by most patients, but it can help improve many of the negative and cognitive symptoms of schizophrenia as well. One study found that CBD reduced psychotic symptoms when used in conjunction with the patient’s antipsychotic medication compared to a placebo. Another study in people at risk for developing psychosis found that CBD improves the strength of communication between brain regions during a learning task. This improved cognitive function by CBD may underlie some of the motivation for self-medication in schizophrenics before they are officially diagnosed.

Numerous studies in humans and pre-clinical rodent models have demonstrated CBD’s benefits on many of the negative symptoms associated with schizophrenia. For instance, CBD has anti-depressant and anti-anxiety effects, and has even been shown to reduce the social withdrawal that isolates schizophrenia patients and dampens their quality of life. Together, there’s building evidence that CBD should be thoroughly considered as a therapeutic strategy for many of the debilitating symptoms of schizophrenia.

Flipping the causal relationship for schizophrenia and cannabis use is not a green-light for safe adolescent cannabis consumption. Frequent use of THC-rich cannabis during adolescence is associated with numerous long-lasting cognitive, emotional, and mental wellness problems. While CBD-rich cannabis is being studied for its treatment abilities for numerous childhood conditions including epilepsy and autism, there’s little understanding of the long-term consequences it has on the developing brain. A better understanding of the risks associated with balanced THC and CBD cannabis on brain development is much needed if we are to turn to cannabis-based medicines for treating the adolescent brain. But when it comes to the risk of cannabis causing schizophrenia, the evidence seems weaker than ever.