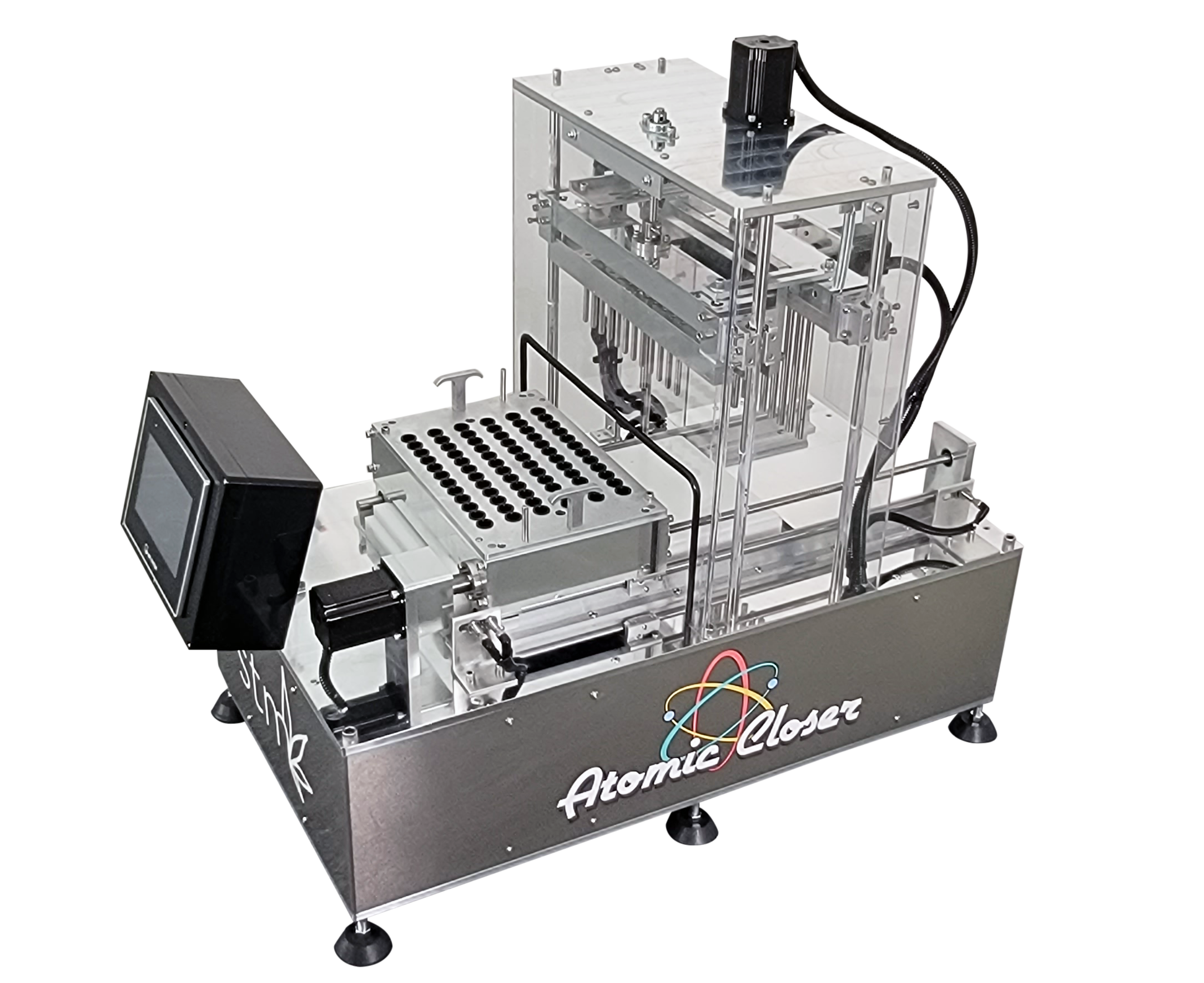 Shortly after its inception in 1955, Guinness World Records, formerly known as the Guinness Book of World Records, became the authority on achievements that land outside traditional sporting records and a veritable encyclopedia of all things wondrous and weird.

When someone asks Google, “Who is the oldest person ever?” Or, “What is the largest living cat?,” the Guinness World Records inevitably has the answer.

But, as time passes and new industries grow and thrive, Guinness is planting its feet squarely in the past.

STM Canna recently submitted an application for its Atomic Closer pre-roll machine to be entered into the record books for the ability to close the most pre-rolled cones in under a minute. The machine is capable of closing 72 pre-rolls in 45 seconds, a feat unrivaled by competitors.

The Atomic Closer also tamps and crown-folds ends into a consistent fold instead of twisting them. The result is an even burn from the first inhalation instead of wasted tokes.

Guinness World Records rejected the application based on its policy of disqualifying any records pertaining to the preparation or consumption of tobacco, cannabis, or CBD.

In rejecting STM’s bid, it is missing the opportunity to highlight the achievements of innovation and technology in the cannabis industry.

Furthermore, the organization lumps cannabis and tobacco — two very different plants — together. This perpetuates an outdated stigma about the unfounded dangers of cannabis and CBD use.

Many of the regulations set by the Guinness World Record Committee are in place for good reason. Policies that protect animals from abuse and safeguard the wellbeing of participants speak to the common sense and ethical responsibility of the organization, but policies against cannabis — and especially CBD — come across as archaic and misinformed.

Guinness World Record policies also deny applications involving alcohol consumption — an ironic policy considering the former owner of the company — and excessive eating. No one believes it would be reasonable to allow applicants to attempt drinking the most shots in recorded history, or eating the most hotdogs in 24 hours. It would also be irresponsible to let veteran stoners battle it out for the title of “Consumer of the Largest Amount of Cannabis in 30 Minutes.”

It’s the word “preparation” in the clause of the cannabis and tobacco policy that is stifling the creativity, ingenuity, and skill of people within the cannabis industry.

In addition to the rejected bid from Guinness World Records, STM Canna has been hit by YouTube with several policy violations, citing dangerous or harmful content on the channel.

“Content intending to sell illegal or regulated goods and services, such as drugs or pharmaceuticals without a prescription, is not allowed on YouTube,” according to the platform’s terms of service. However, STM’s products are not illegal, and its YouTube channel is used primarily to provide demonstrations of its machinery. The only link to STM in the descriptions of its videos takes viewers to its website, not a checkout page.

YouTube’s policy is in line with other social media platforms, raising a larger question of whether those polices are antiquated. Instagram recently banned Cannabis & Tech Today’s official page on June 25, giving little to no detail on the decision.

Last year, annual cannabis sales reached $26.5 billion, and are expected to reach $32 billion in 2022, according to Frontier Data. The industry is filled with innovators from a number of fields including, among many others, engineering, biochemistry, and computer science. Allowing record titles for cannabis can spur the brightest minds in the industry to continue innovating and surpassing their own achievements.

After the passage of the Farm Bill in 2018, hemp and CBD are federally legal, and as of June, cannabis is regulated for medical or adult use in 38 states. It is time to cast off the stigma and regulations of decades ago and let cannabis and the technology around it be recognized.