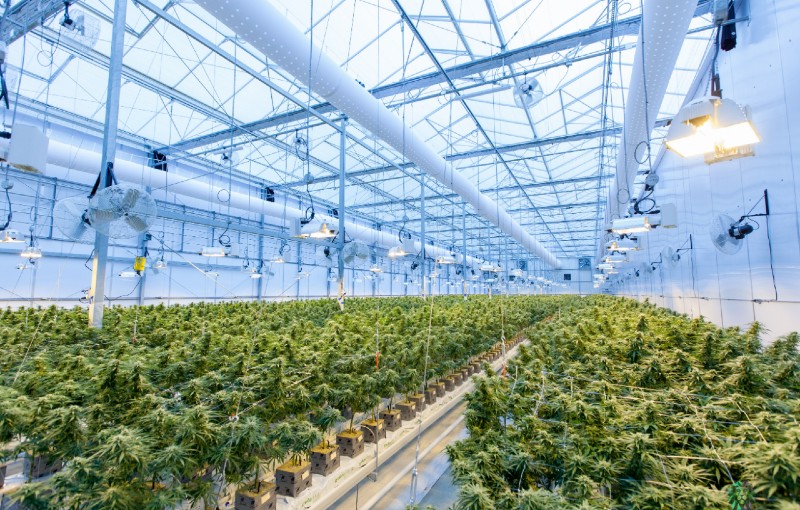 Editor-In-Chief of Cannabis & Tech Today Charles Warner virtually sat down with cannabis innovators, Aaron Mullins, Douglas Marvin, Marc Paynter, and Josh Conley, to discuss the future of cannabis trends, technology, and forward-thinking facility design. In the hour-long webinar, titled The Future of Commercial Cannabis Cultivation, panelists discussed a variety of topics, including debating the age-old comparison of indoor cultivation and greenhouse operations and which is the superior method of growing.

Aaron Mullins, systems coordinator at the full-service cannabis consulting firm Next Big Crop, told the panel that the environment in which you build your facility decides whether it would make more sense to grow in a greenhouse or indoor facility. For example, Mullins explains that in places like New York, he would recommend an indoor operation, as you would have to put in almost as much money into a hybrid greenhouse as you would in an indoor cultivation.

“In places like southern Colorado or southern California, those places are wonderful for greenhouses because you get all this free energy from the sun,” said Mullins. “They’re a lot more energy efficient if you understand how to run them and you can produce some super high-quality product out of them.”

Josh Conley, who is the founder of Next G3N Greenhouses, said the major difference that he sees is that with a greenhouse, you’re going to have to deal with the environment. Relying on the outside elements, such as using the sun or cool air, can be the most efficient method of cooling and heating the greenhouse.

“With an indoor facility, you basically have a sealed environment with air conditioners that are keeping it constant the entire time,” said Conley. “So, location is a huge key and design is a huge key.”

Conley is a third-generation greenhouse manufacturer and was basically born into the greenhouse business. Due to his close ties with the industry, Warner asked Conley whether greenhouses will be the future of cannabis. Being a greenhouse manufacturer, Conley admits that while he’d like to say that indoor facilities are a way of the past, that’s just simply not going to be the case.

“I think there’s always going to be a place for indoor [growing] based on location, or just what a grower or operator’s preference is,” said Conley.

While there’s still a desire for indoor facilities, Conley said that he’s seen a tremendous shift toward greenhouses in the last five years. Conley said he’s starting to see a lot of people improve their greenhouse-growing skills as more states are legalizing.

“There’s been a learning curve there. We’re seeing people being able to step up into that learning curve and really start to produce high-quality flower,” said Conley.

Taking Your Cannabis Crop From Soil to Oil

Hiring a Cultivation Facility Architect Can Protect Your Investment