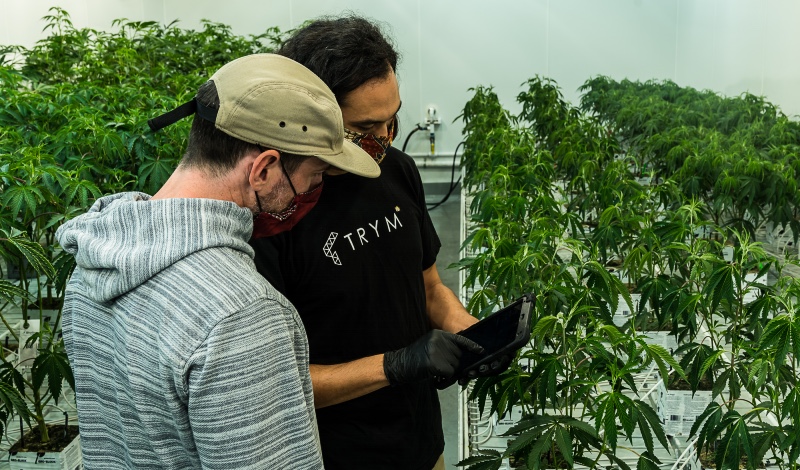 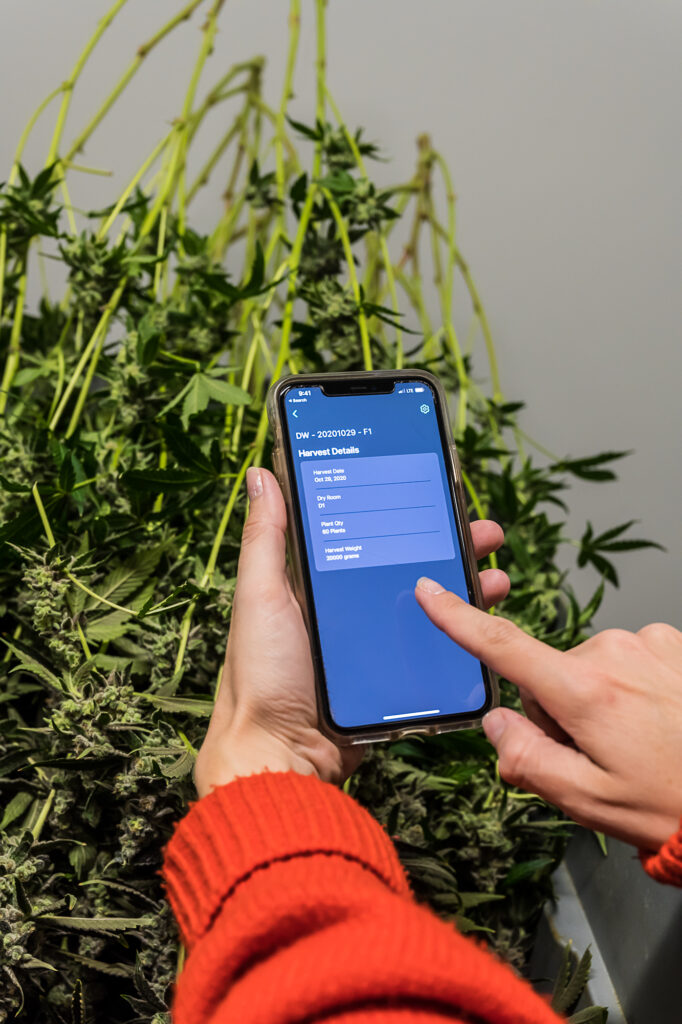 All photos courtesy of Trym.

For cannabis operators, being compliant and efficient at the same time often feels like an impossible feat.

This is especially true for cultivators, who must go to great lengths to ensure their cannabis is both high-quality and produced within the constructs of the laws of their individual state.

In 2017, Matt Mayberry, Karen Mayberry, and Benjamin Wong (all passionate cannabis advocates) were exploring a foray into the legal market when they discovered the multitude of issues producers were facing.

One of the main challenges was the archaic systems being used for the vast amount of data needing to be collected for regulators.

“We started going to tradeshows to check out the scene and quickly began speaking with growers to determine what challenges they were facing in the current market,” Matt Mayberry (the company’s CEO) explained in an interview with Cannabis & Tech Today.

“One of the most striking discoveries was that growers were managing key parts of their businesses with notebooks, whiteboards, and spreadsheets,” Mayberry continued. “Everything from the team’s work schedule, plant inventory tracking, and crop observations were all being documented manually, and there was no practical way to track what happened from harvest to harvest. We saw that these methods were holding cultivators back. And with the industry poised for explosive growth, the current tools available wouldn’t allow them to scale to meet market demand.”

The trio realized there had to be a better way.

With Matt’s background in software engineering, Benjamin’s previous work in network and electrical engineering, and Karen’s experience in marketing, combined with the fact that all three founders had experience in cultivation in either home-growing or commercial applications, the team set out to build a technology platform that would help growers thrive in the emerging regulated market.

Trym was officially founded in 2018 and launched its first beta app later that summer.

Environmental sensor hardware is also available in order to streamline the company’s software. 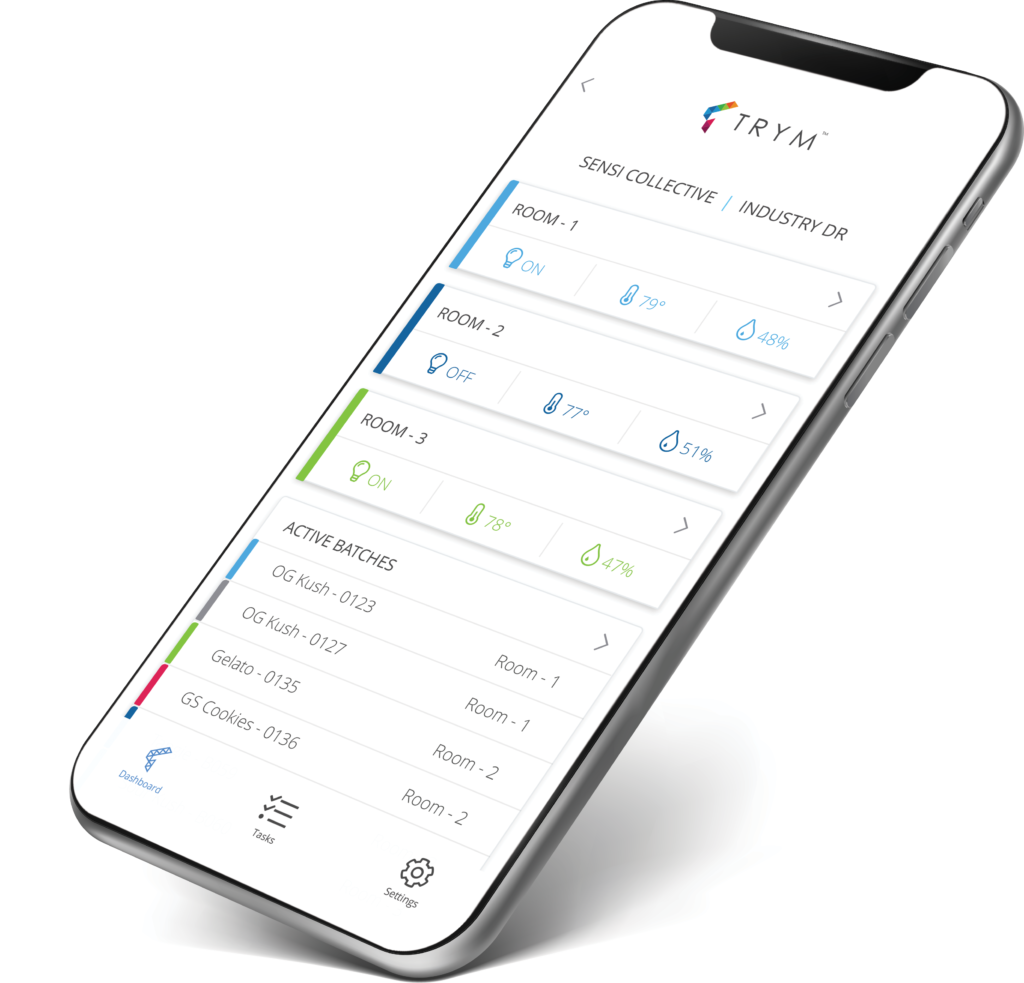 If you ask Trym’s founders, they’ll tell you the most exciting addition to their technology suite is their revolutionary Touchless Harvest system.

The intuitive platform was designed after the team realized the great lengths cultivators took to weigh each individual plant at the time of harvest.

“At Trym, we’re all about helping growers save time and streamline their operations,” Benjamin Wong, COO, said. “When we saw how the growers were harvesting their plants in order to comply with the state regulations, we saw a wide variety of methods being used, all of which caused significant bottlenecks in their harvesting process and ultimately were costing them a lot of time and money. We realized there was a lot of opportunity to improve this process.”

The team at Trym noticed growers were required to either hold or interact with something other than the plants while weighing and recording post-harvest.

Everything from a pen and paper, to expensive barcode, or RFID scanners were being used, all of which were slowing down operations.

Additionally, when you’re weighing hundreds or thousands of cannabis plants, your hands are covered in resinous trichomes.

Having to click buttons on a device or pull a trigger on a scanner all day means that the equipment being used may quickly become sticky.

“We decided that the most efficient way to harvest would be to remove the need to have to touch anything other than their harvested plants and that’s where the idea for Touchless Harvesting came from,” Wong explained. “We achieved the ‘touchless’ aspect by creating a harvest station that includes a rack, a mounted mobile device such as an iPad, and a scale that connects to the iPad via Bluetooth.”

Touchless Harvesting Already Revolutionizing Cultivation Operations in California and Beyond 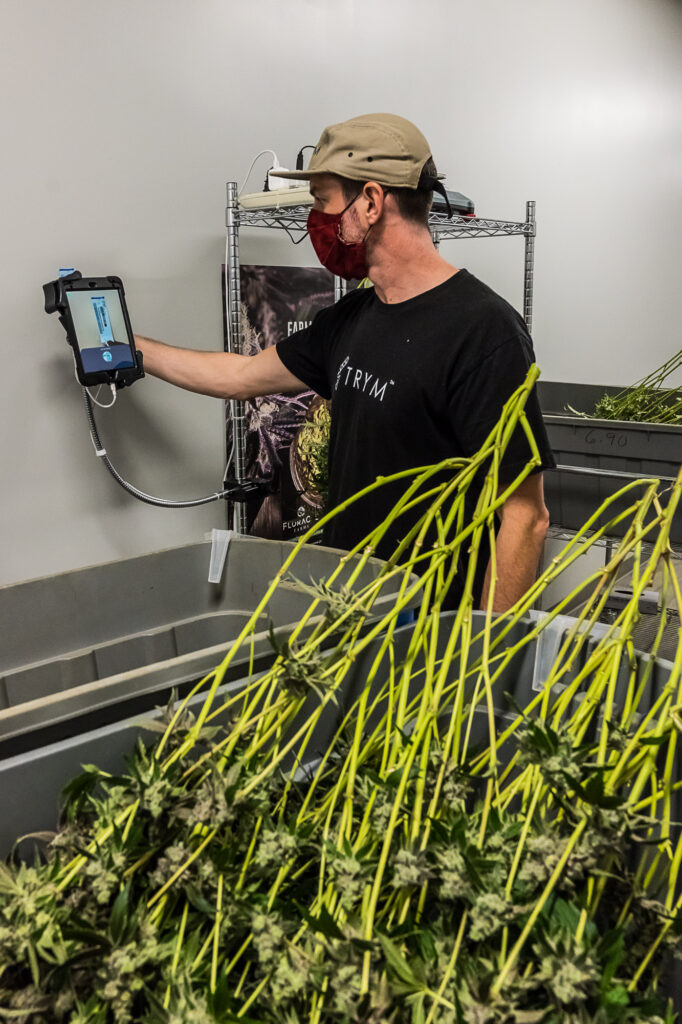 For operators in The Golden State, compliance is a seemingly never-ending headache.

But it’s the touchless harvesting tech that’s getting all the attention.

The cultivators who have already tried the company’s system are impressed with the ease of use and astounding speed.

“We tested Touchless Harvesting back in November of 2020 with our partner, FloraCal Farms, in Santa Rosa, CA, and their team was able to take down, weigh, record, and report 680 plants all before lunch!” Mayberry proclaimed.

“Touchless harvesting is a great convergence of efficiency and compliance,” Andrew Rayl, FloraCal Farms’ Director of Compliance, added. “It allows us to remain in full compliance with even the most conservative interpretations of harvest regulatory requirements without sacrificing any time.”

“Weighing every plant really sucks, but there isn’t a faster way to do it than what Trym has built with Touchless Harvesting.”

“An ecosystem of integrations…” 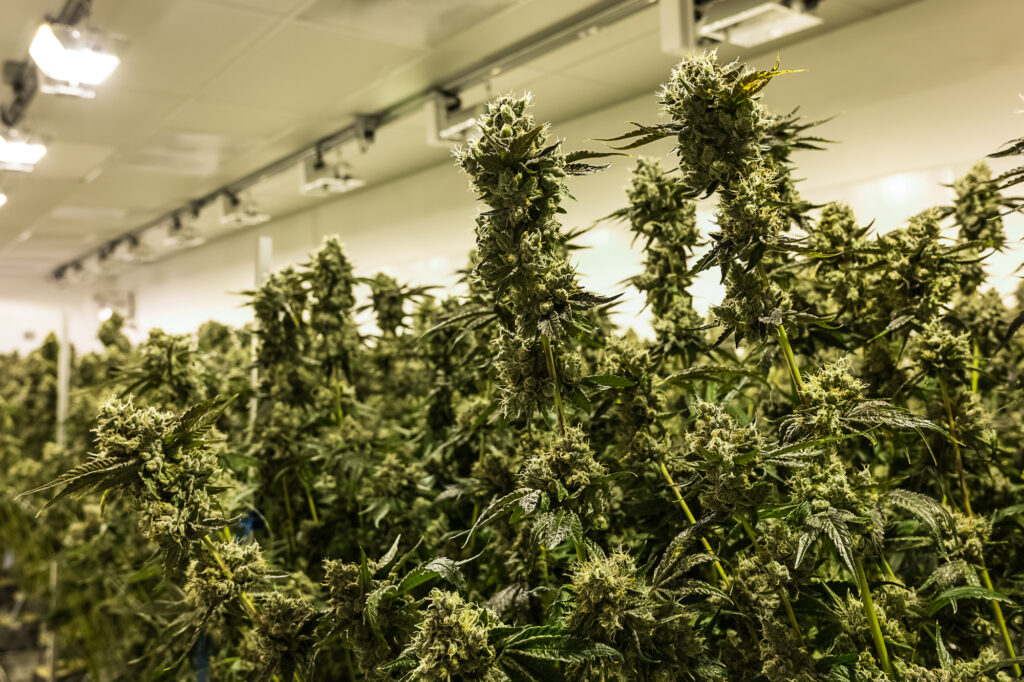 While efficiency and compliance are indeed the name of the game over at Trym, it’s their dedication to the healing power of the cannabis plant that truly drives their innovation.

Their hope is to make life easier for operators while simultaneously improving the overall marketplace for the consumer.

The company is currently working on several projects that will significantly expand its environmental monitoring and analytics capabilities, enabling growers to produce bigger yields and higher quality flower.

They’re also adding features specifically tailored to large-scale operators in California in order to make managing their compliance across multiple licenses as efficient as possible.

“We see the future of cannabis tech as an ecosystem of integrations,” said Karen Mayberry, co-founder and marketing director.  “No one company can build a perfect solution for the entire industry, and 2021 is going to be focused on strengthening our position in the ecosystem and building our network of integration partnerships.

“We want to see the pioneers that built this industry scale their businesses and prosper in the regulated market.” ϖ

Questions to ask Yourself Before Opening a Cannabis Dispensary