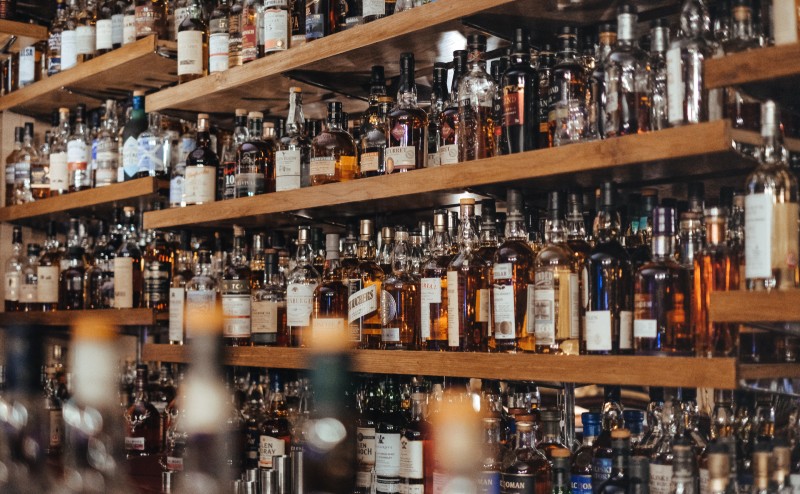 Mind-altering substances have always been a complex subject, and myriad opinions abound.

As the public perception of alcohol, cannabis, and other recreational drugs has evolved and changed over time, so have the policies and regulations of those substances.

And public policies surrounding cannabis and alcohol continue to evolve, in the U.S. and around the world.

For example, the recreational use of cannabis, long vilified by the government and mainstream media alike, now enjoys mainstream acceptance throughout much of the country.

The 2020 election served to further drive the national push towards legal recreational cannabis.

Voters in Arizona, Montana, South Dakota, and New Jersey chose to legalize the possession of marijuana by adults in their home states.

That brings the total number of legal states to 15, but that’s not the whole story in regards to cannabis public policy in the 21st century.

The continued spread of COVID-19 has only served to compound the subject even further, as marijuana was deemed “essential” in the bulk of legal states, alongside alcohol.

Yet cannabis, also commonly referred to as marijuana or weed, remains illegal at the federal level.

According to addiction professionals, the unbalanced laws and policies surrounding alcohol and cannabis may be due to vastly differing perceptions of the substances in mainstream society.

Alcohol, Cannabis, and the CSA

Schedule I drugs are considered to have “no currently accepted medical use and a high potential for abuse,” yet legal medical cannabis is ubiquitous across the U.S., permitted in 36 states as an effective treatment for various medical conditions, from glaucoma to cancer, eating disorders, and even anxiety.

The classification of cannabis as a Schedule I controlled substance is thus considered problematic by a growing number of people.

Another point of contention in regards to the CSA is the fact that alcohol isn’t included, nor regulated, under the CSA.

This is despite the myriad data, both historic and contemporary, indicating that alcohol is both addictive and poses a significant public health threat. Similar conclusions relating to cannabis use do not exist.

The Purported Effects of Cannabis and Alcohol

Despite the inherent differences between cannabis and alcohol, the two substances are regularly compared and contrasted.

While health professionals warn that more marijuana-based research is needed to fully determine its effects on users, a significant subset of data nonetheless exists.

That’s because cannabis is the third-most-popular recreational drug in the U.S. behind only tobacco and alcohol.

Interestingly, the effects of mind-altering drugs can vary considerably among individuals, and cannabis and alcohol aren’t exempt.

Nonetheless, the intoxicating effects shared by both alcohol and weed may include impaired judgment and cognitive skills, drowsiness, and/or nausea.

The effects of each substance may vary considerably, however, depending on factors including individual tolerance, amount ingested, body weight, and more.

One area in which alcohol and cannabis strongly differ is in the realm of dependency.

Research indicates that about 30% of marijuana users develop some form of what is known as “marijuana use disorder,” a stepping stone to full-blown addiction.

Individuals with a pre-existing mental health condition or disorder may be more susceptible to developing marijuana use disorder.

Regarding Addiction and Substance Abuse

In comparison, those who regularly drink alcohol are at a much higher risk of developing an addiction.

In fact, the correlation between alcohol and addiction has been apparent for hundreds of years, and public policy has reflected that knowledge.

Founding father Benjamin Rush is credited as an early supporter of the idea that alcohol addiction was a treatable medical condition rather than a sin or inherent character flaw.

The first public hospital devoted solely to the treatment of alcohol addiction, the New York State Inebriate Asylum, opened in 1864.

In modern times, the propensity for alcohol inebriation, overindulgence, and addiction among certain individuals is readily apparent.

Binge drinking, for example, is on the rise in the U.S., especially among young people.

Fundamentally similar to alcohol addiction, binge drinking is the act of drinking heavy amounts of alcohol in a short period of time, usually 2 hours or less.

According to Maryville University, “colleges and universities are a particularly high-risk environment for binge drinking.”

While a single binge-drinking event isn’t in itself indicative of alcoholism, the two conditions often coexist.

Further, when heavy drinking is normalized, such as in party-heavy higher learning environments, it can pose a real threat to public health on a large scale.

And make no mistake, the laws and policies put in place to regulate substances such as alcohol and marijuana, as well as its components, such as CBD and other cannabinoids, are fundamentally related to public health.

Ensuring the safety of those who choose to partake in alcohol, cannabis, or another mind-altering substance altogether is a fundamental part of modern society.

Changes in national perceptions regarding potentially addictive substances are to be expected, and public policy must reflect the times.