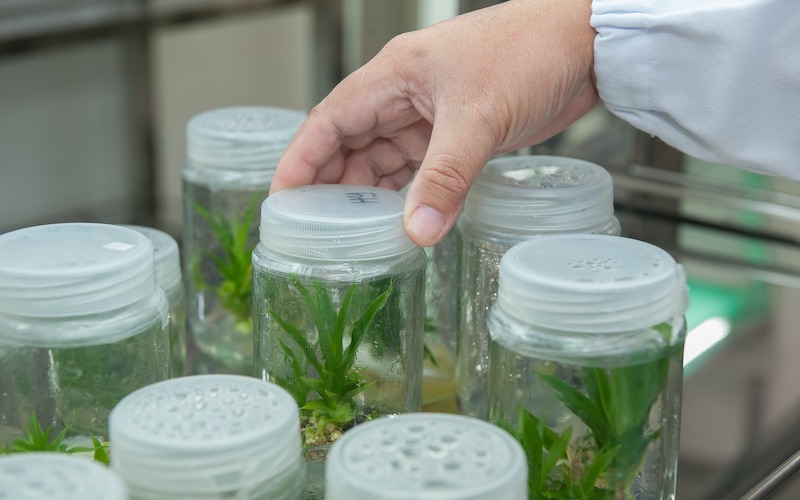 An exploration into the world of micropropagation, molecular biology, and how they relate to cannabis cultivation.

Only a month into legalization, many Canadian provinces began experiencing cannabis shortages, and it’s been reported that these shortages could persist for years to come, according to Vancouver Sun. Naturally, this has had an adverse effect on retail stores and other business. As supply cannot keep up with demand, some stores have been forced to shorten hours or even close down altogether. While it’s been argued that the shortage is the result of tough regulations being forced onto producers, it still brings to light the issues around how the cannabis industry will keep up with demand as legalization slowly but surely continues to expand.

Micropropagation is a technique that allows cultivators to produce a large number of genetically similar and pathogen-free transplants from just one plant. By using plant tissue culture methods, cultivators are able to rapidly expand their grow operations. After taking an extremely small sample from the mother plant, sometimes just a single cell, scientists can grow and multiply the sample to produce multiple plants. It is a process that Segra International, a plant biotechnology company, excels in. Here, we have the two sides of the process: micropropagation, explained by Dr. Sma Zobayed; and molecular biology, explained by Dr. John Brunstein. 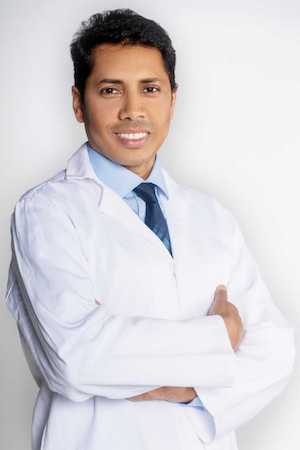 The plant material we collect to regenerate tissue cultured plants is meristematic tissue and is virus-free. Now, why is meristematic tissue virus-free? The meristematic cell division is faster than the virus multiplication rate, so the virus cannot actually hook onto those cells. Then, we do the clean-up of the bacteria and fungus, it’s called surface sterilization. We clean all of these by adding some kind of disinfectant in the solution to clean.

And eventually, one of the major advantages of micropropagation is getting a disease-free plant because they don’t have any germs. The second advantage is, if you need millions of plants, how do you scale up? It’s not feasible to produce millions of plants through conventional cutting. But – say the multiplication factor is four – from one transfer, in four weeks time, 100,000 plants can make 400,000. One more transfer, and in four weeks time, you get 1.6 million. So scaling up is easy once you set up everything.

Another benefit is the uniformity. You get very uniform plants because they are identical and they’re coming from one mother plant. If you need millions of plants, there is no point in propagating through the conventional way. Everybody should do tissue culture. That’s my point of view…

The cannabis industry is different; it’s non-stop plant production. So it’s easier for us, for the tissue culture people, to generate plants. With every batch, every month or every week, they can come out of the lab. So it’s an easy way to scale up.

There is an added benefit for the cannabis industry. You get a pathogen-free plant, you get easy scalability, and you get uniformity…

Segra is a tissue culture-based company and the future is tissue culture. The production coming for the industry is in the billions. So how do you produce that? I know lot of companies are building a lot of greenhouses, a lot of space for cultivation and flowering, but where will the plants come from? Obviously, it will have to depend on tissue culture.

We are one of the pioneers for tissue culture. I can see a very bright future for tissue culture and Segra for fulfilling this demand. It will take a little bit of time to scale up the whole thing, but once everything is set up, Segra will generate revenue nonstop. 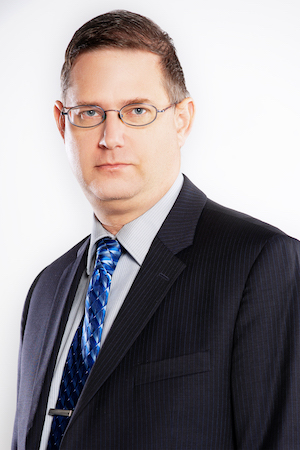 Once the company branched into focusing on tissue culture, the question was what, really, do the genetics bring to that? We have this dedicated genetics laboratory here, and we can do a couple of things that are very important there.

One is, we can do strain tracking. So, Segra’s model is that a large producer would come to us and say, “Rather than us using 10 percent of our canopy towards mother plants, we would like to offload those mother plants to you, have you propagate them clonally in tissue culture, and provide us with our juvenile starts at a certain size on regular interval.”

But, when they bring these plants in, they’re little tiny plants; like, alfalfa sprouts-sized, maybe a little bit bigger. They don’t want to spend months growing those up through vegetation and flower, and then find out, “Well, guess what? That was a wrong strain.” They wanted something with certain phytochemical properties … So, when we induct a strain into the system, we can get a unique fingerprint for it. Then, we can confirm to them that the strain they’re getting, that they’re about to invest a lot of time and effort in, is, indeed, the strain they want.

The second problem that’s ancillary to that pertains to the cultivation facility. Those places are very worried about primarily fungal, but also, potentially, bacterial contamination. So, when they bring in juvenile plants, if those are vectoring in Sclerotinia or Fusarium or Phytophthora, and they simply go out and put those on the cultivation floor, they can lose an entire crop. They can lose millions of dollars in crop losses due to pathogen infection. Right now, with traditional methods, what they’re doing is either taking a risk of that – and those sort of losses do occur – or else they’re having to run quarantining, which means you have to have compartmentalization in your buildings. It gets very complicated to quarantine things. Even with quarantining, you may have cross-contamination.

So, we can address all that by using the same molecular tools to examine outgoing shipments for the presence or, more hopefully, the absence of a number of these really critical pathogens. So, they can get that certification that the correct strain is coming in and that it has no detectable amounts of the following organisms of concern. In addition to these things we can do, immediate utility in supporting tissue culture, we can also use the molecular lab to uncover details of genes and pathways responsible for producing various phytochemicals – including those which are currently understudied and of possible interest. From that, we can develop markers for selective strain breeding programs.

Could Cannabis Improve Your Sex Life? An OBGYN Weighs In

Why Every Cannabis Company Needs A Scientific Advisory Board