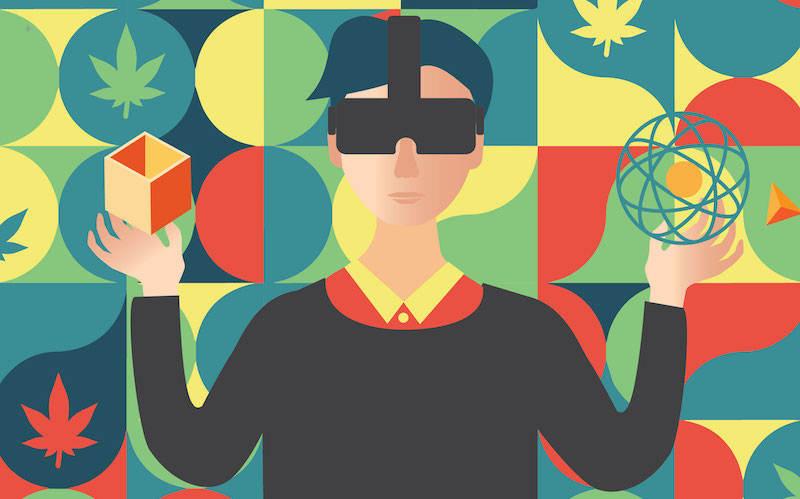 Restrictions for cannabis companies are nothing new, but growing a business when laws and cultural stigma place strict limits on advertising is a different realm. Facebook and Google — the largest online advertising platforms — have blocked paid social ads, restraining a market that requires education and whose progression is dependent on untapped business. But the result has forced cannabis companies to think outside the box, forming partnerships and deploying experiential marketing techniques that are turning heads.

Association as an Influential Tool

A California dispensary, Alternative Herbal Health Services, partnered with streaming giant Netflix to produce marijuana product lines inspired by popular shows Orange is the New Black, Arrested Development, and Bojack Horseman. The marijuana is sold in sleek, candle-shaped jars packaged with bright neon labels, making their appearance in pop-up shops wherever legal. The outcome is a beautifully designed product with a connection to mainstream culture through Netflix.

A cannabis product most have been unfamiliar with now seems not only approachable, but friendly and familiar. The partnership aims to blend cannabis with popularized new-age entertainment, hinting at a cool new type of leisure.

Cannabis Can Be “High Tech”

Using augmented reality technology, NexTech AR solutions is building mobile-phone applications that allow people to view more information on a cannabis product when a smartphone is pointed at the label. Given that the Federal Communications Commission — the regulatory body that oversees American advertising — currently limits cannabis labels to a warning sign and a logo, finding creative ways to market information is necessary.

Similarly, Patio Interactive, the Toronto-based virtual reality startup, helps society take a deeper look at strains of marijuana through its wearable lenses and virtual reality content that takes the viewer to faraway farms and details cannabis strain properties and origins. Being able to access information is key for an industry that is otherwise blocked from mainstream marketing.

Brands must be present at large-scale public events like their alcohol industry counterparts and actively seek partnerships that breed trust and open minds. In Toronto’s West End, during Art Toronto’s “gallery hop,” people sipped on champagne and listened to panelists discussing mindfulness.  While active cannabis use was nowhere to be found, its brand elements were sprinkled throughout the event with drug-free tastings of chocolate-coated toffee called Cannabis Crunch. The company’s aim was to subtly acquaint the crowd with the flavor of popular cannabis strains while discussing facts and drawing feel-good associations within a lively environment.

The best approach is changing perception and educating the masses through design, inspiration, and image; refraining from counterculture and stoner jokes by thinking politically, informatively, and in a manner of advocacy. Companies need to draw the connection between cannabis and our modern day culture. Every marketing decision right now is forming new opinions, bringing light to an industry that was sleeping in darkness. History has taught us that pot was illegal, but its future has no limitations with or without Facebook and Google.