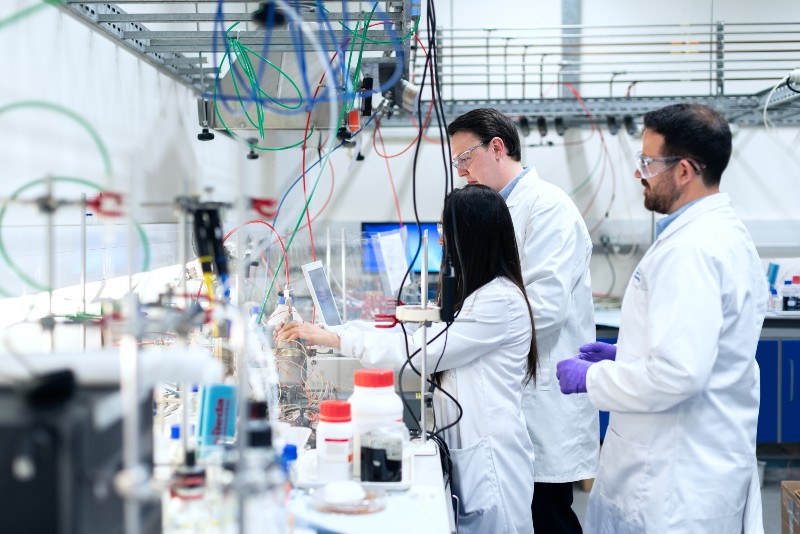 July seems to be a very productive time of the year for Colorado-based HAL Extraction, at least in terms of obtaining very rare Underwriters Laboratories (UL) certification for its patented booth equipment.

In July 2018, the company received the UL 1389 certification in the United States – the standard for plant oil extraction equipment for installation and use in both ordinary (unclassified) and hazardous (classified) locations.  It was the first company to do so and indeed worked alongside UL to establish such a certification.

Two years later, in the same month, the same UL certification was granted for the company in Canada. While the UL 1389 certification is the same in both countries, there are differences in adopted standards between the two, even though there is significant overlap.

Such safety challenges largely focus on the potential for an explosion caused by solvents, such as butane, which are used in extracting oils from cannabis. Indeed, in the earlier days of the legalization of marijuana in Colorado, for example, there were several examples of explosions being caused by such processes. Hence, the formation of HAL Extraction in 2016 to mitigate or eliminate such hazardous situations with its extraction booths.

The UL 1389 certification builds on the safety-first ethos of the company, said Pat Galvin, president of HAL Extraction, and gives it a further step-up on competitors who have yet to achieve such certification.

“We are first in safety because we put safety first,” he said. “There are other companies that have tried to do this but have not achieved it because they are unable to fulfill the rigors and strenuous quality control of the engineering design parameters as HAL has.”

When the US UL 1389 certification was granted in 2018, it was very much welcomed by UI itself.

“We are delighted that the industry is proactively heading down a safer path with a certification from UL to UL 1389 that addresses hazardous locations safety for plant oil extractor booths,” Milan Dotlich, vice president of the energy and power technologies division for North America, Europe, Middle East, Africa and Latin America at UL, said at the time. “ This represents a safety milestone for the industry.”

Now, the company has gone further by adding to its compliance list with the UL 1389 certification in Canada, granted July 7 2020. To this day, HAL remains the only company in both the US and Canada to have such a certification.

Rival companies will have to eventually come up with the certification because companies who need such extraction booths, particularly larger ones, will not buy from uncertified providers, Galvin said.

Such competitors, however, are sometimes unwilling to devote the necessary budget and practices towards both obtaining and maintaining the certification, he added. Such maintenance of certification can be approximately $20,000 a year and can include robust document practices and regular, often unannounced, site visits from UI inspectors.

Instead, other companies often opt for third-party certification letters which are not the same as the UL 1389 certification.

“These do not have the same level of scrutiny,” Galvin said. “But smaller companies with knockoff booths can be unwilling to make all these expenses – it costs us money to stay listed.”

With the UL certification in both the US and Canada now achieved, HAL doesn’t want to stop there with a similar certification being sought in Europe where it is in the relatively early stages of researching the competitive market.

“We intend to apply for an ATEX certification in Europe,” Gladfelter said. “We are in talks with UL about that now.” UL is affiliated with ATEX, he explained.

HAL is also seeking UL certifications linked to the extraction processes with its booths including 2075, 864, and 2017 which focus on such things as alarms and fire extinguishers.

“We have not yet completed our certifications for those but we are working with UL to meet those requirements listed in International Fire Code (IFC) chapter 39, a widely adopted code in different US states,” Gladfelter added.