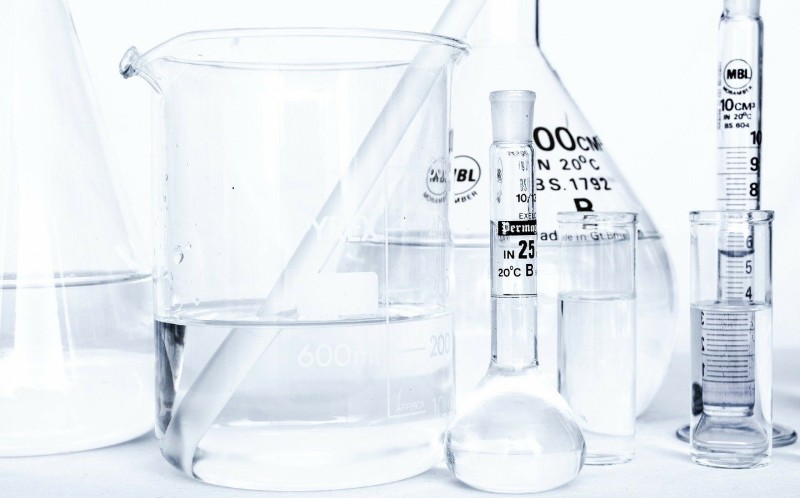 Across the nation we’ve seen the headlines: “Lettuce sickens more than 149 people in over 29 states,” and “Nearly 700 succumbing to gastrointestinal issues after eating at Ohio-based Chipotle restaurant.”

Overall, the U.S. Food and Drug Administration (FDA) calculates foodborne illness cause 48 million cases of sickness, 128,000 hospitalizations and 3,000 deaths on an annual basis.

While the number of deaths has decreased in recent years, the fact remains that disease-causing germs fester in products we consume.

These dangerous pathogens not only lurk in our food, but they can also be found in our cannabis.

In October, cannabis growers Bonsai Cultivation recalled marijuana from over 144 stores in Colorado because of excessively high yeast and mold counts.

For public health, states mandate testing cannabis products for certain microbes. But scientists are divided on which method is most reliable.

For cannabis – and really all sectors that deal with timely supply chains – scientists need to consider methods that support the “quick to market,” philosophy first and foremost. Cannabis needs to be harvested and moved into the supply chain almost immediately.

Second, it needs to be inexpensive. Cannabis companies are already being squeezed tight on margins, and testing can’t be an onerous expense.

Third, it should be convenient. Sending samples to the lab to have them cultured not only takes time, but it also isn’t efficient.

So what should emerge as the gold standard for cannabis testing?

Find The Most Reliable Source

It’s important to test for individual disease-producing agents versus the historical practice of testing by plate culture (the famous Petri dish) for low resolution class indicator organisms such as viruses, bacteria or microorganisms.

For example, most gram-negative enterobacteria are harmless, except for the well-known pathogens Salmonella enterica and E coli O157.

Similarly, most fungal contamination is harmless, except for C auris, which is very pathogenic.

However, plate-based culture can’t in most cases detect subtle variation among species, making it difficult to discern the harmless fungi and bacteria.

In comparison, DNA testing can deliver, with very little user expertise, high resolution variations and sub-variation among bacteria and fungi.

This type of testing is much more precise and results in less waste in cannabis, food and agriculture products and environmental screening applications.

To Enrich or Not Enrich?

In order to increase the sensitivity of microbial detection, many scientists have turned to enriching cultures prior to plate-based testing methods.

Yet, this method can distort the composition of the original microbial population. When fluid-phase microbial cultures are enriched, some microbes in the population will grow at a different rate than others.

The end result is an enriched culture that has an entirely different make-up than the original culture.

Given the sensitivity of PCR-based DNA testing, it can now be shown that, in most cases, enrichment is no longer required to detect rare microbes in a population.

Based on the “nearly-single molecule” sensitivity of PCR and the fact that DNA testing can be performed on very small-volume samples, it is now possible to couple quick and simple ways to concentrate samples to the intrinsic sensitivity of PCR.

With sensitive DNA testing of that kind on concentrated samples, the process can identify high resolution variation among microbes in a population without “enrichment” of any kind.

In the face of that new capacity for unenriched, DNA-based microbial population analysis, the argument can be made that the historical practice of “enrichment” is no longer necessary, especially when beginning with small samples, i.e. less than about 25 grams.

DNA testing detects the presence of all contaminating microbes in a sample, which means it collects the entire history of the microbe from formation to death.

In contrast, plate-based culture can only detect a subset of the resident microbial contamination in a sample: namely those microbes presently alive and also easy to culture.

That said, plate-based culture has been in existence since the late 19th century and its limited capacity for “live+culturable” microbial detection has, by default, become the “base truth” for the whole field of microbial analysis.

Given that the residue delivered from dead microbes or “hard to culture” microbes in a sample can now be detected in cannabis, and in the growing environment surrounding cannabis plants, it is now reasonable to ask if DNA testing can, at least for cannabis, be elevated to a new gold standard level for microbial safety testing, and relegate plate culture to strictly an ancillary role.

The primary role for DNA-based testing is additionally reinforced by new auxiliary technologies which can be used to separate cell-free DNA from the rest of an intact microbial population, especially the cell free DNA which comes from microbial cell death or biofilm formation.

In the beginning of the PCR technology-era in the late 1970s, it was quickly discovered PCR could change the world of microbiology.

A correctly-chosen forward/reverse primer pair could amplify even a single molecule of DNA 10+9 fold, thus delivering enough of its PCR-amplified product to be detected by simple dye staining.

To enable a more detailed approach to PCR analysis of closely-related gene variants, two PCR-based technologies were invented at about the same time in the 1990s: TaqMan qPCR and PCR coupled to a microarray.

Two decades later (around 2010) a third technology was added to the tool set: PCR coupled to Next Generation Sequencing (NGS). All three are based on more or less the same sort of initial, low resolution microbial PCR reaction, which is then coupled to hybridization to a sequence specific DNA probe (in both qPCR and in microarrays) or coupled sequence analysis of each type of molecule (by NGS).

In all three cases, that second layer of analysis, beyond the primary PCR reaction itself, is the reason that all three DNA testing methods can now be used to deliver high-resolution microbial speciation.

The three technologies are all useful but deliver a continuum of analytical content, which is best catalogued in terms of 4 practical testing parameters:

1). qPCR: analysis of less than @5 DNA variants within a gene region;

2). PCR-Microarray: analysis of less than @50 DNA variants within a gene region;

3). PCR-NGS: analysis of less than @500 DNA variants within a gene region.

And, each of the three methods differs in terms of Total Cost per Sample test (e.g. Cannabis flower w/6 organisms)

However, for cannabis or related microbial testing applications where a large number of microbes must be measured together, where the known bias of “single pot” fluid phase microbial enrichment must be bypassed, where total “Live + Dead” microbial load (or microbial load depleted of cell-free DNA) must be measured and where the testing method must be simple, fast and inexpensive, we conclude that DNA-microarray technology should be critically evaluated as a candidate to become a new DNA-based gold standard in microbial testing.

Curtailing the contamination problem in cannabis, botanicals, food and the environment is crucial to promoting public health and food safety management while preventing economic losses due to contaminated product rejection.

In that environment bacterial and fungal contamination testing now requires a fast and cost-effective solution which can deliver high-resolution speciation.

Diagnostic providers who can deliver innovative technology for rapid, enrichment free,multiple-microbe detection will emerge as leaders in the DNA-based pathogen testing market.

Image by PublicDomainPictures from Pixabay.