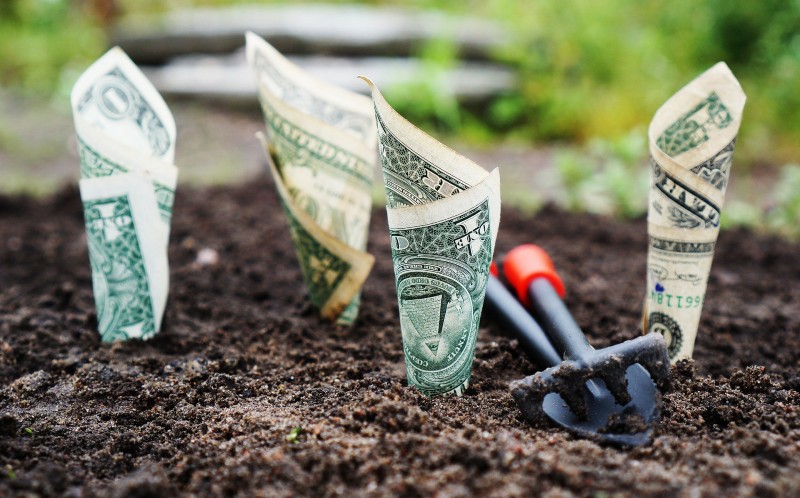 Today, we find ourselves in a nerve-racking environment as COVID-19 spreads across the globe. The pandemic has sent the global economy into a recessionary-like environment as investors remain uncertain as to how this crisis will play out. I’m sure all of you have read quite a lot about the virus; however, KEY Investment Partners wants to share their thoughts on the matter, what they expect to see in the private cannabis markets in the near future, and why they believe recent events could uncover opportunities for savvy investors.

Thoughts on Slowing the Spread of the Virus

Each of us individually must practice ‘social distancing’ in order to slow the rate of infection so that the number of people who need hospital services does not reach a level that overwhelms the US healthcare system. When we boil it all down, too many people going to the hospital at the same time is the core systemic risk the nation faces today. ‘Flattening the curve’ requires everyone’s cooperation regardless of age or risk level and the actions we take today will have a direct effect on the number of lives lost to the pandemic. There is a lot of information floating around about the virus which varies drastically, making it difficult to know what to believe versus what has been exaggerated by the media to create headlines. We found the article, “A COVID-19 coronavirus update from concerned physicians”, to be an objective, unbiased and scientifically accurate article compared to some other information we’ve read to date.

The aforementioned articles give us comfort that while COVID-19 is a real threat and will certainly cause damage in several forms, together we can push past it successfully as long as the correct steps are taken by both the government and each of us individually. Given the recent travel bans, large-crowd event cancellations, and work-from-home policies put into effect over the past few weeks, we are confident that individuals and organizations across the U.S. understand the seriousness of the situation and are taking the necessary steps to help minimize the future damage from the virus.

How the Virus May Affect the Private Cannabis Markets

Public market volatility is off the charts today and many investors are seeking liquidity. It is our job as private markets investment managers to keep cool heads in the face of uncertainty, analyze situations objectively and make decisions that are in the best interests of our clients over the long-term. Below are five key points summarizing how we believe the spread of COVID-19 and subsequent economic slowdown may affect the private cannabis markets:

The Bottom Line is that Cash is King Today

Cannabis companies who have strong balance sheets will weather the storm and investment managers with dry powder may be in a position to deploy capital in opportunities that wouldn’t have otherwise existed if a surging bull market were to have continued.  The cannabis consumer remains strong – global legal cannabis spending grew 46 percent YoY from 2018 to 2019 and while, in light of recent events, we don’t expect the same YoY growth from 2019 to 2020, we certainly still expect cannabis consumer spending to grow significantly.

How ‘Winning’ Companies Act in a Downturn

A study by Bain & Company analyzed the financial performance of more than 5,000 companies over a ten year period including the global financial crisis, and found that ‘winners’ grew at a 17 percent compound annual growth rate (CAGR) during the downturn, compared with zero percent among the losers. What’s more, the winners locked in gains to grow at an average 13 percent CAGR in the years after the downturn, while the losers stalled at 1 percent [5].

How did ‘winning’ companies in Bain’s study act shortly after and during a downturn?

…some food for thought for cannabis companies currently revising their business plans.

In the Midst of Chaos, There is Also Opportunity

History has shown us that in any market disruption, panic-induced decision making rarely benefits investors and that huge wealth is truly created after market downturns. While many investors will be too fearful of the current economic conditions to invest, we believe that those who have the confidence to deploy capital in cannabis investments today will benefit tremendously over the long term. After all, both Microsoft and Apple were founded in 1975 in a recessionary environment and the Apple we know today largely took off after the iPod was released as the dot-com bubble was bursting in 2001. Google and Salesforce also survived the dot-com bubble burst after being founded in 1999 and 1998 respectively. Uber was founded in 2009 shortly after the GFC and was worth $70 billion 5 years later…

Below are the reasons we believe cannabis investors in particular should look at the current state of the financial markets opportunistically, especially when compared to other industries.

At KEY we will continue to focus on finding high quality cannabis companies backed by exceptional management teams and will provide them the capital they need for long-term sustainable growth. We continue to believe, regardless of recent events, that the cannabis industry will grow at a rapid pace and that one day we will look back at this window in time as the beginning of a once-in-a-lifetime opportunity. While the market conditions have changed, the cannabis industry is still alive and well.

As Paul Graham, Co-Founder of Y Combinator, said in October 2008 shortly after the market crashed:

“Startups generally need to raise some amount of external funding, and investors tend to be less willing to invest in bad times. They shouldn’t be. Everyone knows you’re supposed to buy when times are bad and sell when times are good. But of course, what makes investing so counterintuitive is that in equity markets, good times are defined as everyone thinking it’s time to buy. You have to be a contrarian to be correct, and by definition only a minority of investors can be. So just as investors in 1999 were tripping over one another trying to buy into lousy startups, investors in 2009 will presumably be reluctant to invest even in good ones.”

We wish everyone and their families safety and good health as we push through this challenging time together!

Strategies for Social Equity Success in the Cannabis Industry

Cannabis Business Leaders Should Look Into These Investments