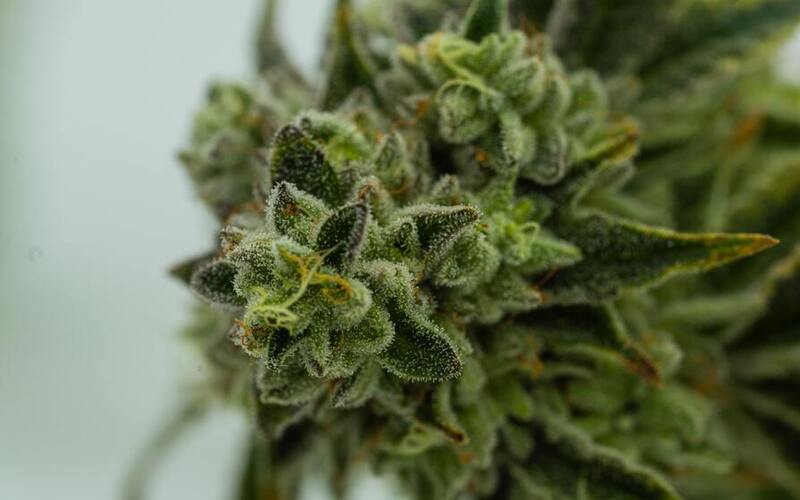 The human nose can detect over a trillion unique scents, according to research published in the journal Science.

The nose is also a primary tool for evaluating the quality of cannabis.

As research around marijuana expands, it seems aroma compounds are responsible for more than just smell — they can also impact the way cannabis affects our bodies.

Terpenes can also protect plants against bacteria, viruses, and fungi.

Nadav Eyal specializes in terpene research and formulations as the CEO and co-founder of Eybna Technologies. He says people, just like plants, use terpenes for both smell and protection.

Inhaling cannabis into the lungs increases the bioavailability of these terpenes, he said, making it an ideal tool for researching the medical potential of these smelly compounds. Below are a few common cannabis terpenes and some expert insight into their effects.

This terpene has citrusy notes like those found in mangoes and lemongrass.

The British Journal of Pharmacology published a study titled “Taming THC …” by Ethan B. Russo which explores terpenes and their effects. Russo found myrcene diminishes inflammation and “acted as a muscle relaxant in mice.”

This compound also has notes of citrus.

The study “Neuroprotective Effects of Limonene” published in Issue 3 of Biological and Pharmaceutical Bulletin said limonene can decrease cell death and brain inflammation.

She often suggests limonene-dominant cannabis products to patients dealing with pain and depression, as the two symptoms frequently coincide.

There are many pinene compounds, such as A Pinene and B Pinene.

Overall, Russo says pinene is anti-inflammatory, a bronchodilator, and a broad-spectrum antibiotic.

“Perhaps most compelling, however, is its activity as an acetylcholinesterase inhibitor aiding memory … This feature could counteract short-term memory deficits induced by THC intoxication,” says Russo.

This terpene is also found in lavender.

Russo’s research found it has sedative effects on mice, as well as some pain-relieving properties.

It also acts as an anticonvulsant when used in conjunction with other compounds. “More of the purple strains tend to have this,” said Mendoza. “For me at least, it tends to help with inflammation and headaches.”

This terpene is also found in black pepper.

Russo’s research notes it is an anti-inflammatory agent and can act as a gastric cytoprotective agent.

The study “Protective Effects of Beta-Caryophyllene in Chronic Inflammation” published in the journal Nutrients said, “Beta-caryophyllene is one of the most studied and promising natural compounds … It has been reported to exert therapeutic effects as antioxidant, anti-inflammatory, and anticancer.”