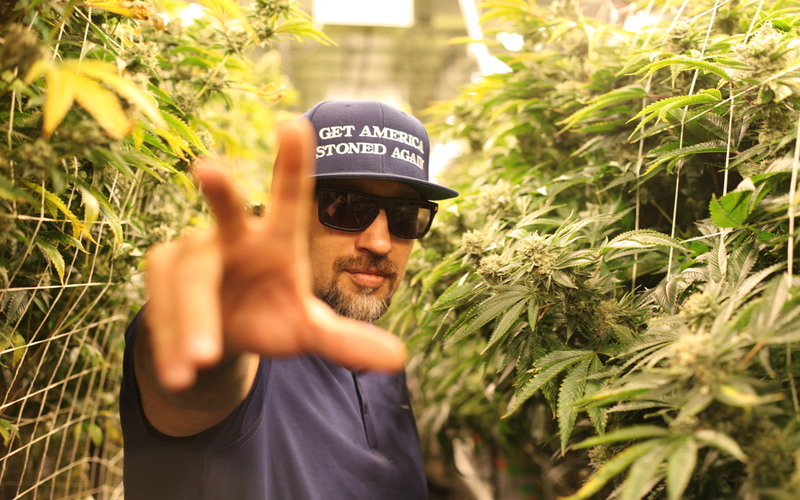 The game’s objective is to make budding cultivators grow better bud – a  theme that is on-brand with B’s cannabis-infused lifestyle.

Called B Real’s Monster Buds, the game is available in Canada and the United Kingdom.

It is also available with early access through the Google Play Store and the Apple store in the United States.

When asked what inspired the jack-of-all-cannabis-trades to expand into the gaming sector, B Real replied, “I’m very excited to be a part of the mobile gaming culture. I thought bringing a cultivation-themed game to market would be a natural fit for my brand portfolio. It is also fun for fans that are into the culture, as well as for people who are trying to learn about it.”

Hip Hop legend and cannabis entrepreneur B-Real grows the dankest weed in town – That is until his enigmatic alter ego Dr. Greenthumb reappears and secretly begins engineering literal MONSTER strains of his design!

Can the two sides of the same coin manage to work together to keep the sacred stash from falling into the hands of their wily competitor, Professor Potassio?

Join B-Real in becoming the top dog in growing the pot business empire.

Boost your profits by upgrading your monster weed plants and automating the game.

Invest your profits, expand your hydro operation, join hands with some awesome characters, and become part of the ‘Insane Asylum’.

Grow the super-strain B-DOG or cultivate Deep Purple and Lava Flow, plus many other monster weed plants with the help of the head assistant Luisa and the rest of B-Real’s crew.

Push the limits of your research and decide whether or not to risk your sanity to join forces with B-Real’s cosmic alter-ego to take down Dr. Potassio and whatever lies ahead.

Try to solve several challenges caused by Greenthumb and the general trials and tribulations of the cannabis industry, compete with Dr. Potassio, the prideful egomaniac who considers himself one of the greatest pot-botanists in the world.

The objective is to show Dr. Potassio, who grows the best herb in town.

Accompanied by a dope, intriguing soundtrack, users can enjoy plenty of settings and environments, including Greenthumb’s lab, break room, office, and his dispensary. Eavesdrop on the evil plot in Dr. Potassio’s lab, office, and elevator.

Experience the authentic life of B-Real. Whether he’s in the studio working on a new album, recording his podcast, or overseeing his killer marijuana dispensary, renowned hip-hop artist and entrepreneur B-Real enjoys few things more than being the captain of his own ship.

B-Real Monster Labs is a mobile idle game where B-Real and Dr. Greenthumb meet Jekyll and Hyde meets Little Shop of Horrors – a game with a laid back, Indica chill, and a smoking style.

Like the previous game Cheech and Chong Budfarm, gamers are meant to engage in sessions without pressure.

That’s the style of idle games overall – you play a session and set your game up to make mad bank while you are away. The player can come back later to reap the rewards.

Something is up! B-Real finds he can’t quite remember everything. What’s going

Meanwhile, Potassio shows up to make a deal.

Potassio will bring down the competition at all costs! Even if that means making below-the-belt moves, such as setting them up for noise complaints.

Potassio is always up to no good and sends his downtrodden assistant Haynes to go undercover and be a mole inside the Dr. Greenthumb dispensary.

However, with a stethoscope, and a  lab coat, the truth about Dr. Greenthumb is revealed! Now B-Real and crew will have to find a way to “live together.” one toke at a time.

Inaugural Lemonhaze Golf Invitational Lives Up To Its Exclusive Billing