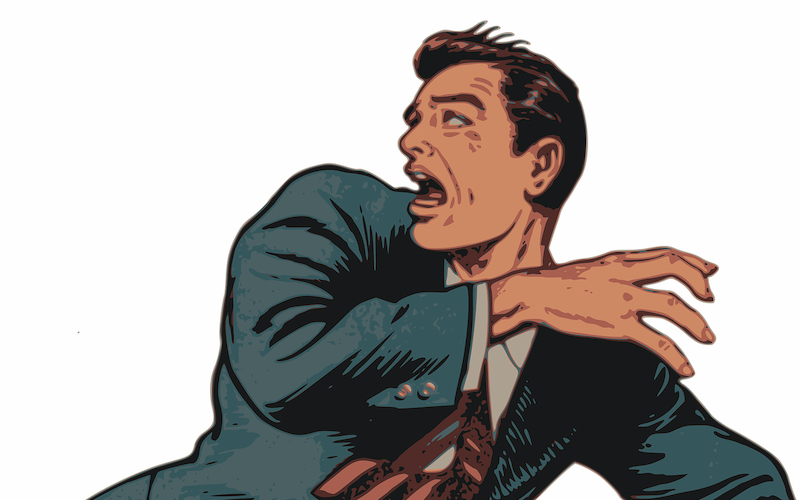 I was a rarity in Colorado. I lived here for 12 years and didn’t smoke weed. It blew people’s minds. “Wha, wha, why, what?!” It just wasn’t something I enjoyed anymore. About six years ago, I started working a job with random drug tests and the option was off the table. But then, I started doing stand up comedy, which led me to quit my “real” job for any job that allowed flexible hours and didn’t smell my breath too closely when I showed up for work in the mornings. Drug tests were a thing of the past.

Then I started dating a girl who smoked. She mainly smoked at night to help relieve pain issues she had from a car accident. After a few months of laying in bed next to someone who was watching the same episode of Broad City that I was but was laughing twice as hard, I thought, “Maybe I should give this herb another shot.”

One night, my girlfriend was gone for the evening and I had the whole apartment to myself. This rarely happened, and I was excited to have a night completely alone without anything to do. And I thought, “This will be the perfect night to get stoned with a capital S. Righteously stoned. Buried-in-sand stoned like I used to do when I was younger.” There was nothing I loved more than getting numbly high and watching a great thriller or adventure flick. I was gonna turn back time. I was gonna relive my youth. I was wrong.

The meal was cooked and eaten. No problem. The movie was chosen, Gladiator. I know, it’s old and I had seen it a few times years ago, but had I ever seen it… on weed?! No problem. The marijuana was rolled into a tight joint and lit. No problem. I smoked half of that joint in under 5 minutes. There were problems, I just didn’t know it yet. It had been twelve years since I had smoked pot. There had been advances in the industry.

I set the other half of the joint down on my bedside table and turned back to the movie, but something was wrong. I was sliding. Down, down, down I slid, until I was laying on my side in bed, legs curled towards my chin, like the most bearded baby that ever lived. Without meaning to, I had wrapped the sheets around myself as tightly as possible, clutching them to my chest with white knuckles. I was afraid. Of what, I had no idea, but the fear was strong and all around me. I lost my balance. That may seem strange to you because if you are following this narrative you will recall that I was laying down in bed. That’s not when people usually lose their balance, but there I was. I had to close one eye to gain equilibrium again.

As I was trying frantically to deal with all of these revolts of my central nervous system and fear centers of my mind, I started to slowly black out. A tunnel of gray light started to close in all around me. It got narrower and narrower as the TV faded into the distance in front of me. Right before it closed off, and I became possibly the first person to actually BLACK OUT completely on nothing but marijuana, I heard a voice in my head. I’m a rational person, so I believe that it was my own thoughts, but it felt like someone else’s voice in my head, and it said, “Well, I guess it’s time to go to the underneath now,” in a calm, almost childlike way. I woke up the next day and realized that it was one of the most terrifying drug experiences that I had ever had.

Image by OpenClipart-Vectors from Pixabay